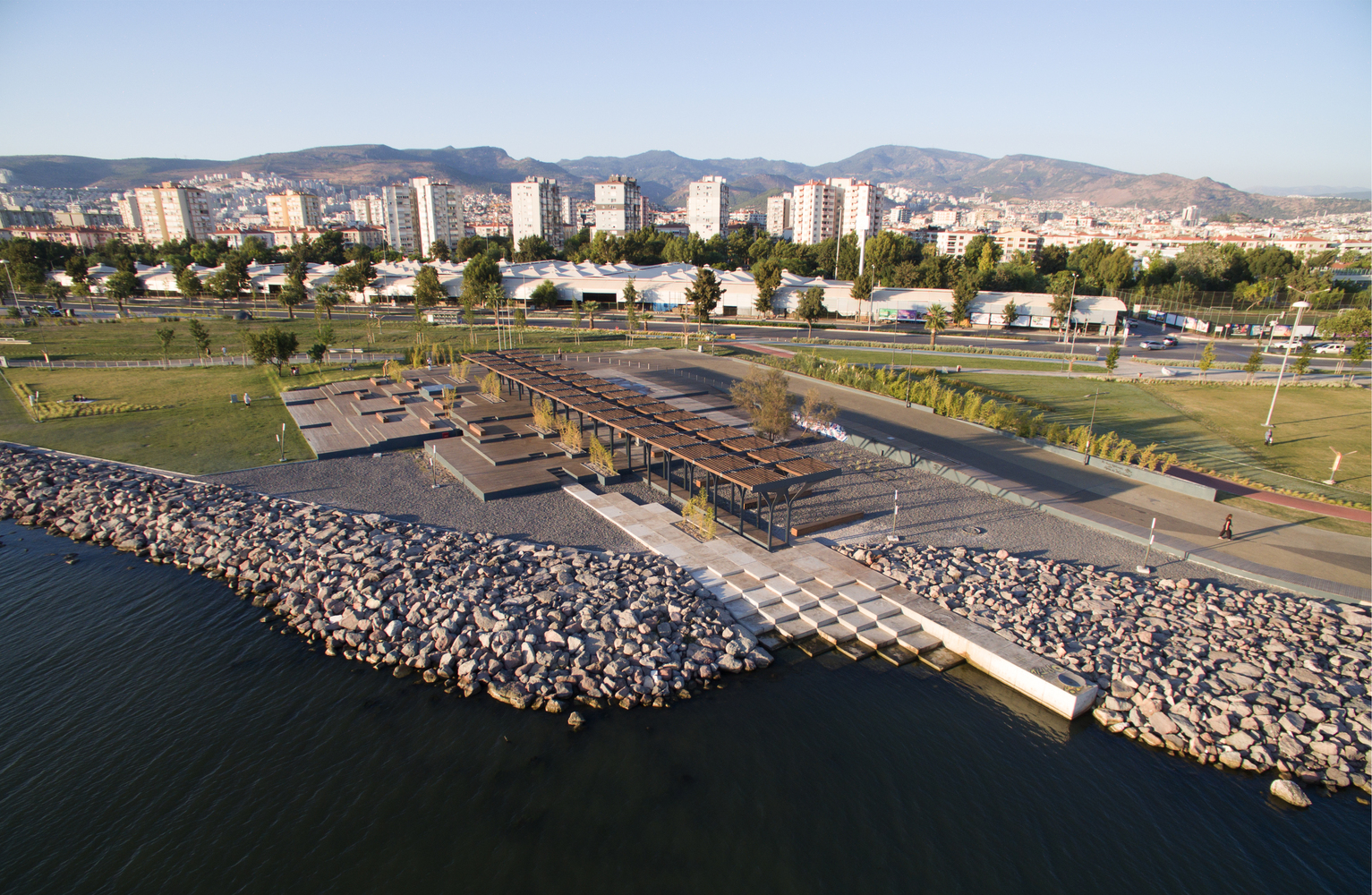 Along Izmir’s Karsiyaka coastline, a new public pavilion invites visitors to connect with the sea.

Created as part of the IzmirDeniz project, which started in 2011, a new public pavilion by Turkish architecture practice Studio Evren Basbug invites locals to interact with Karsiyaka’s coastline. Titled Pipilio, the pavilion sits across the Bostanli Sea Square and features seating areas, public fountains and the pavilion structure itself, which evokes the shape of a whale’s fin.

While this particular stretch of coastline was previously uncharted, it was given particular interest within the scope of the larger urban planning scheme of the area.

The architects created an artificial hill with a maximum height of three and a half metres, and positioned it within the buffer zone between the vehicle road and the promenade. The architects described the hill as a “three-dimensional plastic element”, which features ramps and terraces. Designed to be both a visual and auditory barrier, as well as a natural viewing amphitheatre for the new focal point of the coastline, the hill also acts as a natural podium.

A band between the sea and the promenade was covered with pebbles in order to create a natural beach experience, while wooden platforms designed for temporary programming, like open-air cinema screenings and public performances, also help create a gradual transition between the two levels.

The natural wood-covered, cascading planes further provide a place for users to lounge and sit.

“Papilio was designed as the dominant architectural element at the centre of the Bostanli Sea Square,” said the architects. “The structure, which is positioned between the dry pool at the upper level and the cascaded wooden platforms on the lower side… was created with the repetition of identical modules that are each made of steel sheets of two-centimetre thickness and produced through computer-aided precision cutting, twisting, and welding processes.”

In addition to its basic shading function, the pavilion also creates a complementary visual backdrop for public uses on both sides, with its lace-like appearance created by thin steel plate sections. As it guides perception and movement towards the sea, Papilio invites users to interact and engage with the sea front. 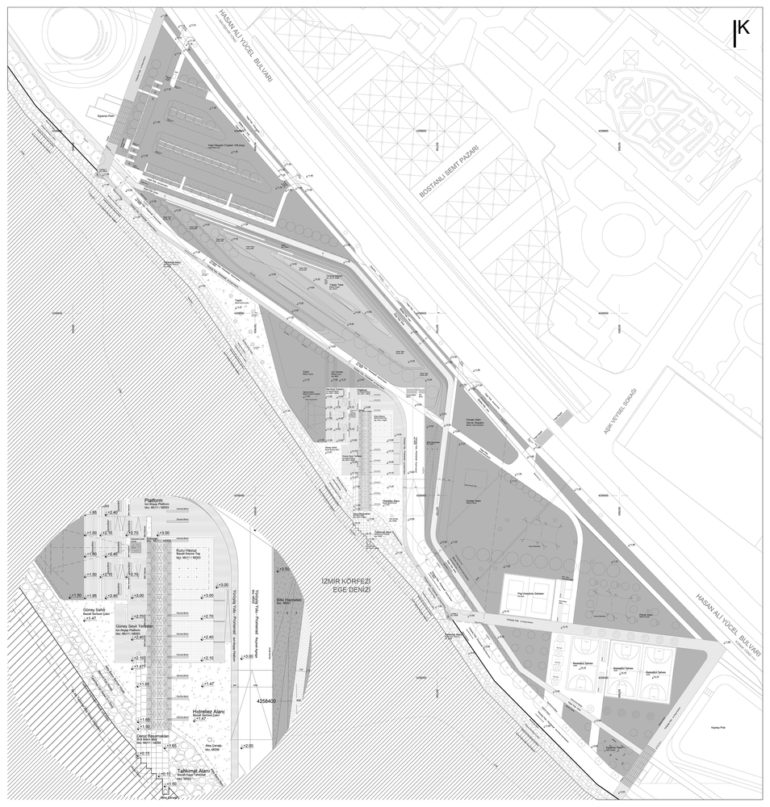 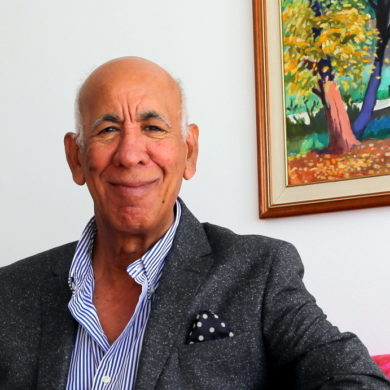